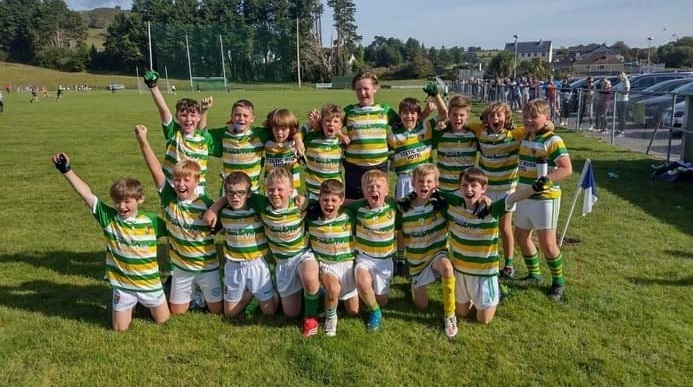 Our Senior Footballer's very successful 2022 Championship Campaign came to an end on Sunday in Páirc Ui Chaoimh when they lost to Nemo by a single point.

From the thrown in, Carbery Ranger's frustrated their opponents and showed tremendous resilience and discipline in their play. As they tried to score, Nemo faced a well planned tactical wall of defenders and Carbery Rangers were 3 points to no score ahead when Nemo got their first score, a goal. Carbery Rangers got 2 more points and Nemo one, to give Ross a well deserved 0-05 to 1-01 half time lead.

Nemo 's second goal in the second half was gifted to them by the Pairc Ui Chaoimh post when an attempted shot for a point came back off the post and the resulting goal gave Nemo the lead that they held onto for the remainder of the game.

A Very competitive game in Ahamilla on Monday night ended in a win for Clonakilty, but well done to Carbery Rangers on a great effort.

Castlehaven hosted the annual Joe O Regan Cup and Carbery Ranger's U11 Footballers were very deserving winners of The Plate Final, beating Castlehaven by a point in a thriller. Super Stuff Lads!